Here at Gowing Life, we have decided to keep a fun record of everything we learn in 2022, be it longevity-related or something else entirely. Here is a selection of our newly acquired neural connections for the month of March!

1: The word ‘robot’ comes from an old Church Slavonic word, robota, which means ‘servitude’, ‘forced labour’ or ‘drudgery’. Robots were introduced to the English language by Czech playwright Karel Čapek his 1920 hit play, Rossum’s Universal Robots. In the play, a company uses the latest biology, chemistry and physiology to mass produce soulless workers to carry out the tasks humans don’t want to do.

2: Researchers are creating 3D printed robots that evolve to adapt to their environment.

3: Demographers estimate that, throughout the last 200 000 years, around 109 billion humans have lived and died. Were the world’s population to stabilise at 11 billion with an average human lifespan of 88, then around 25 trillion humans will live and die throughout the next 200 000 years. If the world’s population were to instead stabilise at a mere 1 billion, then around 2.3 trillion people will live and die during that time. 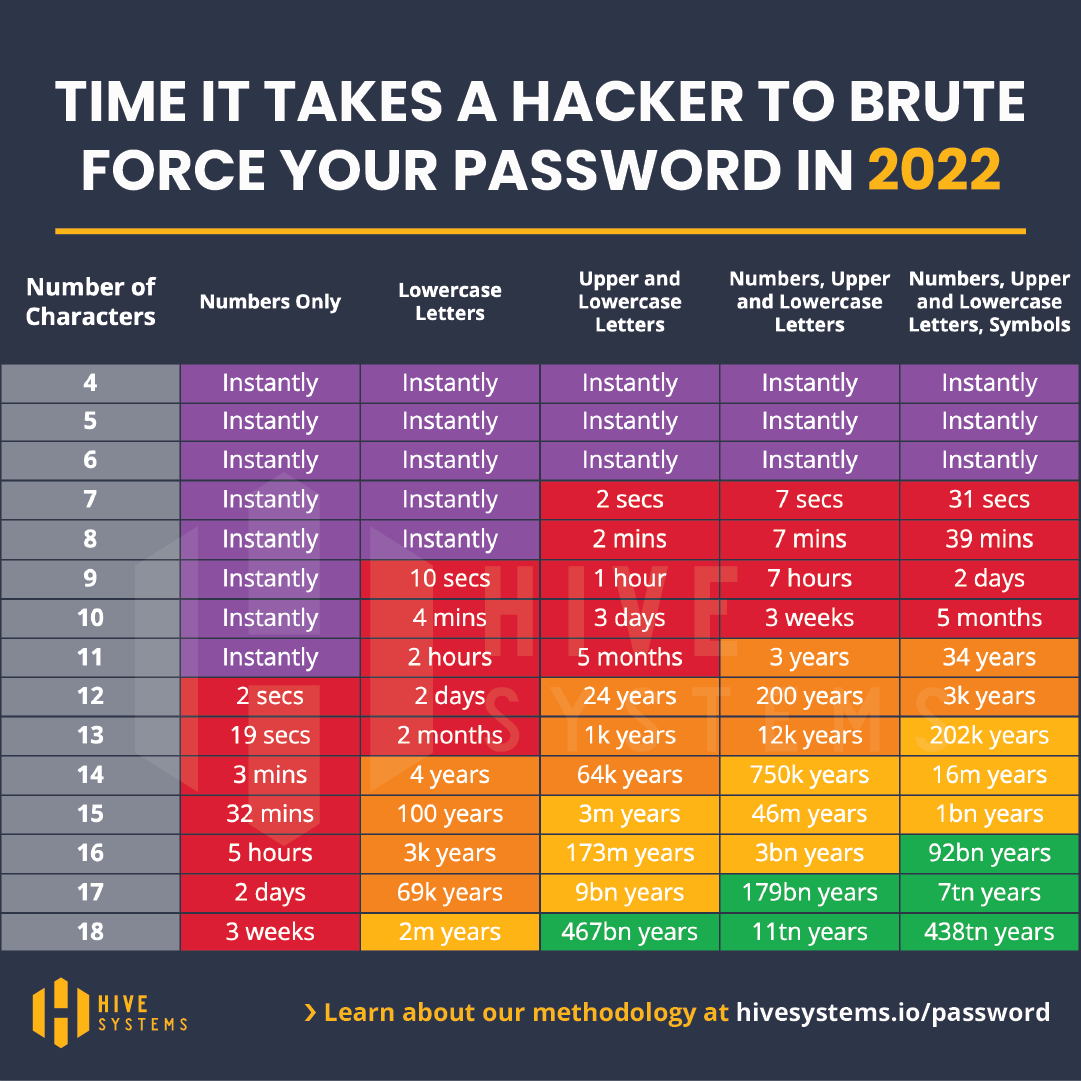 6: Fat cells (adipocytes) can change in size by 10 fold or even more in obesity or starvation.

7: Collagen shrinks when heated, bursting the cells it encloses. This is why fat drips out of bacon when cooked.

9: The Ben Franklin effect: a proposed psychological phenomenon in which performing a favour for someone makes you more likely to perform another favour for the same person than if you had instead been the recipient of a favour from that person. Its name refers to a quote from Benjamin Franklin’s autobiography: ”He that has once done you a kindness will be more ready to do you another, than he whom you yourself have obliged.” Franklin writes that that he won the friendship of a rival legislator by borrowing a book from him, after which he ”manifested a readiness to serve me on all occasions”.

10: The brainbow: a genetic technique for labelling individual neurons in the brain. Genes coding for red, green and blue fluorescent proteins are introduced into the cells, but these genes are recombined and expressed in a random way, so hundreds of different hues can be generated. This technique can also be applied to other cell types. You can find more pretty pictures here.

11: The Yule Cat: a huge and vicious cat from Icelandic Christmas folklore who eats people who haven’t received new clothes by Christmas eve.

12: The missing square puzzle: At first glance, the triangles seem to break the rules of geometry: both triangles are made up of exactly the same shapes, but don’t appear to fill the same volume, as triangle B has a missing square. What’s going on here? The trick is that even though A and B appear to be identical triangles at first glance, they aren’t strictly triangles because their longest edges aren’t straight. The long edge of the blue triangle is steeper than that of the red triangle, and so depending on how they are arranged, the volume filled by the composite shape changes. In this example, triangle B is larger than triangle A, allowing the space for the extra square.

13: There’s no year zero in the Anno Domini system – the first year following Christ’s alleged birth is referred to as year 1AD, and is directly preceded by 1BC. However, most Buddhist and Hindu calendars do have a year zero, as does astronomical year numbering.

14: A panoramic view of mars from the Curiosity rover:

15: The Arecibo message: an interstellar radio message that was sent to globular star cluster M13 in 1974. It was written by Frank Drake with the help of Carl Sagan and others. When correctly translated into graphics, the image contains a code for numbers, which count up to ten along the top row. This code is then used to convey other information about the human race, such as the atomic numbers of the elements that make up the DNA, as well as graphical representations of the double helix, the planets of the solar system, and a human positioned above the planet that corresponds to Earth. The message was meant more as a demonstration of human technological achievement than a real attempt to communicate with extraterrestrials, however. It will take around 25000 years for the radio waves to reach their destination, by which time M13 will have moved enough that the waves will miss the cluster’s core, though they will still pass relatively close by.

16: Megalograptus: a genus of scorpion-like aquatic arthropods that predated the dinosaurs. Some species may have grown to be a metre and a half in length.

17: The belly button diversity project: a study into the microbiome of the belly button. Each participant’s belly button hosted about 67 different species, yet not one was common to every person, and only eight were found on at least 70 percent of participants.

18: If you leave a running wheel in the forest, mice and shrews will run on them, often getting off and then returning later for another go. Frogs will also use the running wheel by hopping from side to side, making the wheel swing back and forth. Even slugs have been observed to use running wheels, though scientists believe this to be accidental.

19: Coffee has been banned multiple times throughout history. The Ethiopian Orthodox Church banned coffee some time before the 18th century, regarding it as a ‘Muslim drink’. King Charles II of England outlawed coffeehouses from January 1676, but backed down before the ban was enacted due to uproar from the populace. King Frederick the Great banned coffee in Prussia in 1777 because he wanted the public to drink beer (importing coffee was expensive).

20: Natsume Sōseki was a renowned Japanese novelist born in 1867. He supposedly translated the English phrase “I love you” into Japanese as “the moon is beautiful, isn’t it?”, after claiming that any closer translation would be too direct for a Japanese man to use as a confession. This story gained traction around the world as an anecdote for the subtlety of the language, but there’s no contemporary account of it actually happening, nor did Sōseki ever mention it in his writing.

21: Snakes don’t always move with the classic ‘serpentine’ motion. Snakes are actually able to move without wiggling their bodies at all by using specialised muscles along their bellies. This is called ‘rectilinear locomotion’.

22: The boa constrictor squeezes its prey using the upper third of its body, which also contains the snake’s lungs. To avoid suffocating themselves, it appears that boa constrictors have evolved an alternative way of inflating their lungs by moving the ribs in the lower sections of their bodies independently.

23: Honduran white bats hang from the undersides of leaves, which they use as tents.

24: The promise of self-driving cars is proving harder to fulfil than anticipated, in part because of the limitations of machine learning. Self-driving cars rely on a combination of coded rules and machine learning algorithms that consume masses of data in order to “learn” to drive. The problem is the ‘fringe scenarios’ that appear only very rarely in this data, and the inability of current AI to generalise from one scenario to the next. To a human, a football bouncing across a road followed by a child or a cat running across the road followed by a dog are two similar situations. For a machine learning algorithm, they are independent scenarios that must be learnt individually through many repetitions.

25: Watch how two volcanic islands merged into one off the coast of Japan in 2013:

26: The routes used by Nazis to flee Europe after World War II, primarily to South America, are known as the Ratlines.

27: Below is the only photograph ever taken of a Concorde flying at supersonic speeds. It was taken in 1985 from an RAF Tornado jet at a speed of around Mach 1.5 (1.5 times the speed of sound, or roughly 1850 km/h). While both planes are capable of achieving twice the speed of sound, the Concorde had to slow down for the Tornado to get a decent shot. The Tornado only maintained this speed for about four minutes due to the excessive fuel consumption required.

28: Uncombable hair syndrome is a syndrome in which hair cannot be combed flat. It’s a rare genetic condition in which one of three genes coding for structural proteins in the hair are mutated. This results in the hair shaft being triangular rather than cylindrical, causing it to grow outward from the scalp instead of lying flat. For unknown reasons, uncombable hair syndrome usually improves during puberty.

29: NASA’s Vehicle Assembly Building is the largest single-story building in the world.

30: Watch this robot identify, pick up, and peel a banana thanks to a new machine learning system for a two-armed robots, developed by Researchers at the University of Tokyo.